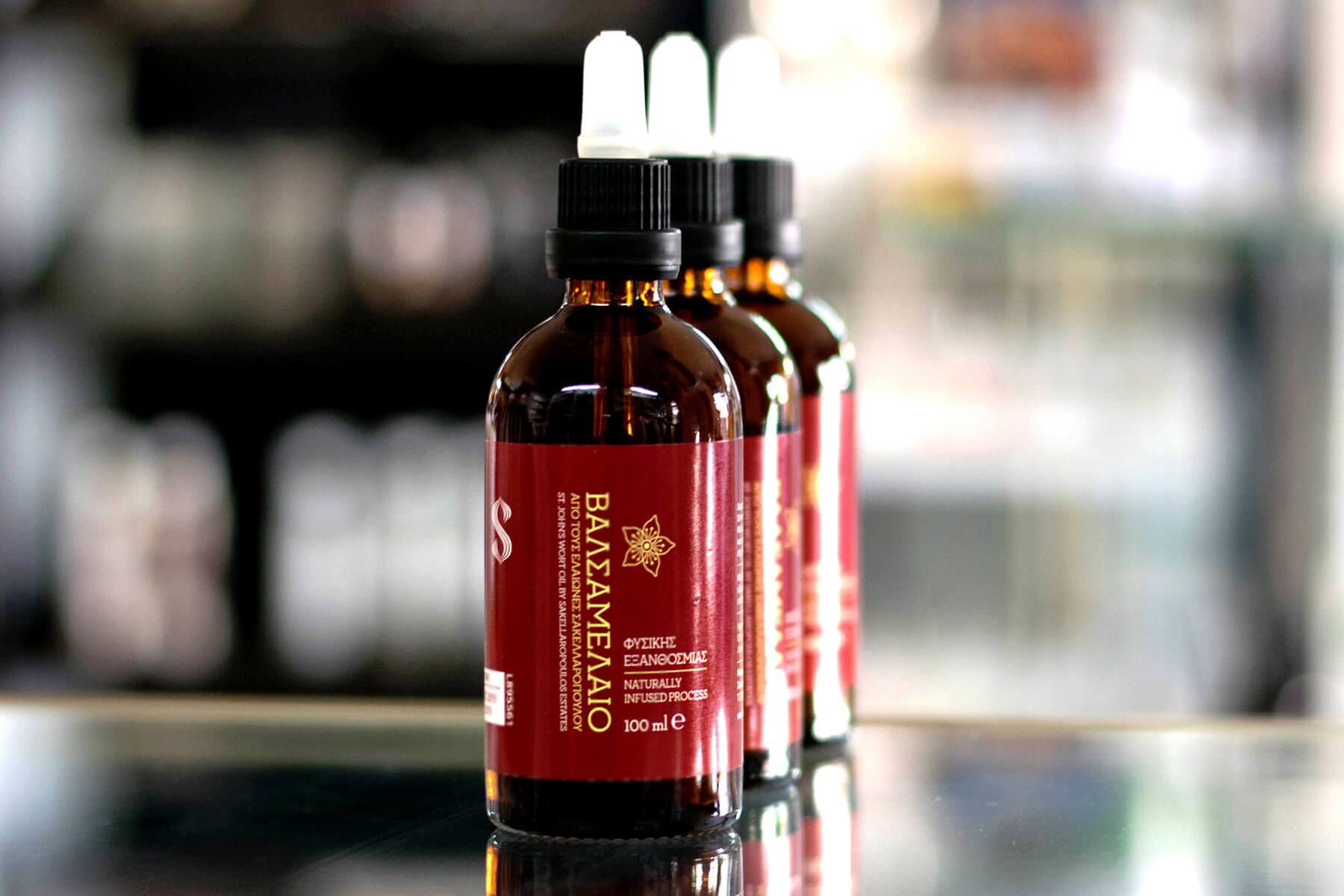 The "Hypericum" selection contains 3 St. John's wort oils, known as the remedy of the Ancient Spartans, based on the cold extracted, organic olive oil. The St. John's Wort oil is produced by Sakellaropoulos Organic Farms, exclusively for Esthique Natural Cosmetics.

Hypericum perforatum, or St. John's wort, is a flowering plant of the genus Hypericum, of the Hypericaceae family.

The common name St John's wort can be used to refer to any species of the genus Hypericum.

It is a medicinal herb with antidepressant action and powerful anti-inflammatory properties, as an arachidonic inhibitor of 5-lipoxygenase (5-LO) and inhibitor of 1-cyclooxygenase (COX-1).

The name of the genus "Hypericum" comes from the Greek words for above (hyper) and image (εικόνα), regarding the tradition that exists, during the day of St. John.

The Latin name of the plant "perforatum" is due to the fact that its leaves have spots, which are visible when held in front of the light, thus giving them the "perforated" appearance.

It is called "sword grass", because in ancient times it was used as a healing agent in wounds caused by swords. Its common English name, St John's wort, comes from its traditional flowering and harvesting, which takes place on June 24, the feast of Saint John.

Hypericum has been used in medicine since ancient times: Galen and Dioscorides refer to it as a diuretic, healing, emmenagogue and hemostatic. In ancient times, it was also used as a healing agent for wounds caused by swords, hence the name sword grass.

In the United States, after a show by ABC News in June 1997, hypericum became a very popular plant, the alternative Prozac (Ladose), for mild and moderate depression.

It is also used as an antispasmodic and sleep quality enhancer in insomnia. Only in 1994 in Germany, it was prescribed for 20 million patients.

St. John's wort oil is an excellent healing agent and is used to treat small areas of skin inflammation such as first-degree sunburns and small wounds.